Crypto adoption, particularly of stablecoins, has brought to light real-life use cases of digital assets as a means of transferring value quickly and cheaply compared to the traditional financial system. Crypto holders can send Bitcoin, Ethereum, USDT, or USDC to their family and friends worldwide at a fraction of the cost and faster than it would take to make a similar transaction using a bank or a remittance company.

Furthermore, the collapse of TerraUSD (UST) in May 2022, although unfortunate for investors also caught the attention of global regulators and central banks, who emphasized a need for order in the crypto wild west and more stable alternatives in the form of Central Bank Digital Currencies (CBDC).

What is a Central Bank Digital Currency (CBDC)?

But before we dive deep into the topic, it is worth understanding what a Central Bank Digital Currency is.

The Two Types of CBDCs: Wholesale and Retail

CBDCs can further be categorized into two types depending on their functions.

The first category is wholesale CBDCs which only banks and other financial institutions can access and use to settle their backend payments faster. A central bank provides these financial institutions with individual accounts to deposit funds and carry out interbank settlements. Central banks can use traditional monetary policy tools such as setting interest rates and reserve requirements to carry out their oversight role more efficiently.

The second category is retail CBDCs which consumers and businesses can access as digital cash. The issuance of retail CBDCs can be directly from the Central bank to its citizens or through commercial banks acting as intermediaries.

A digital version of cash already sounds like a good idea. Current technology is already pointing towards such innovation. Payment apps such as Paypal, Cashapp, Venmo, MPesa, Google Pay, Apple Pay, and more have proven that digitization is the future.

CBDCs can provide the following benefits for their users and issuing Central Banks.

However, it might not be a bed of roses with CBDCs as they also have several drawbacks.

90% of Global Central Banks are Researching or Already Piloting CBDCs

Despite the above potential drawbacks, a recent economic report by the Bank of International Settlements (BIS) estimates that 90% of global central banks are researching or have already launched a version of a CBDC.

The rapid rate at which CBDCs are being piloted or developed can lead to the loose conclusion that they will one day replace cash. Science fiction has already predicted such a future in movies such as Blade Runner, Johnny Mnemonic, and Minority Report.

However, a cashless society might not materialize in our lifetime as such a future depends on several factors. They include access to the internet and smartphones, mobile network coverage, sensitization, and education that such technology exists.

Furthermore, the adoption rate of the internet is yet to peak, and that of Bitcoin and cryptocurrencies is just beginning, signaling that there is a long way to go before cash is obsolete. Therefore, cash is still king, and a cashless future might be feasible in two to three generations, which translates to one hundred or even two hundred years into the future. 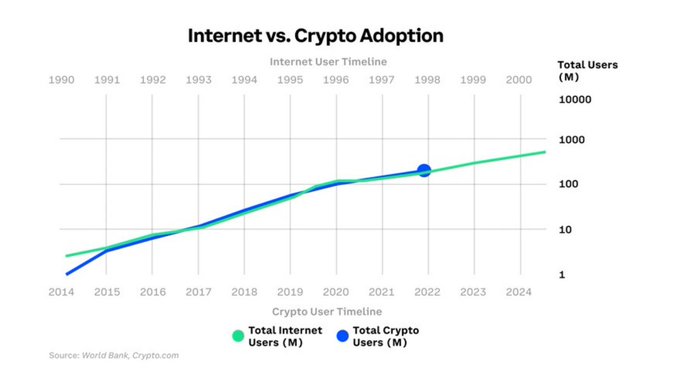 In summary, cryptocurrencies, particularly stablecoins, have been a wake-up call for global central banks to jump-start innovation to keep pace with the evolution of payments.

Proper implementation of Central Bank Digital Currencies depends on their design and regulation. CBDCs will have to guarantee privacy for their users and provide an avenue for traditional financial service providers to remain a part of the industry. Banks and financial institutions can act as intermediaries and also absorb the role of running KYC (know your customer) procedures because they already have the means to do so.

Centralization of CBDCs is another significant hurdle as their resilience and security will depend on the robustness of infrastructure, which can withstand cyber attacks and guarantee 100% uptime.

But, as science fiction has predicted, the future is a cashless society where banks and traditional financial systems will become obsolete. It now becomes a question of when, not if, such a future is possible.